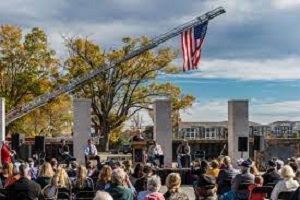 This Friday, all Americans who have served their country will be honored during Veterans Day ceremonies. Veterans Day was originally called Armistice Day because it marked the one-year anniversary of the temporary cessation of hostilities between the Allied nations and Germany during World War I. That armistice went into effect at the 11th hour of the 11th day of the 11th month of 1918. That’s why many Veterans Day events are held at 11 am on November 11th. In 1926, Congress passed a resolution to make Veterans Day an annual occurrence, but it didn’t become a federal holiday until 1938.