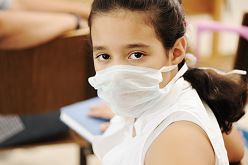 Yesterday, the N.C. Senate attempted to override Gov. Cooper’s veto of the “Free the Smiles Act,” which returned the decision-making authority on wearing face masks in schools back to the parents, instead of politicians. Every Democrat voted against overriding the veto, despite two previously supporting the bill. The bill originally passed with bipartisan support in both the House and Senate.