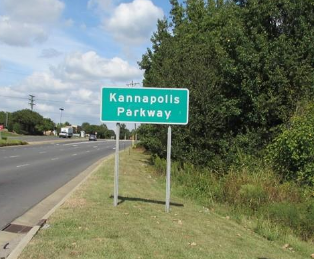 A pedestrian was struck by a vehicle and killed on Kannapolis Parkway near Rogers Lake Road this morning, according to the Kannapolis Police Department. The northbound lane of Kannapolis Parkway was expected to be closed until police concluded their investigation. No estimated time of reopening was given. Authorities did not release the identity of the person killed or what led up to the crash.