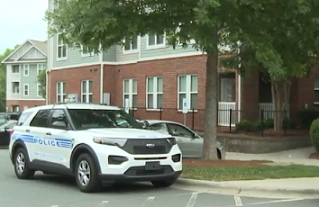 26-year-old Herbert Eaton has been identified as the victim in Friday’s early morning homicide investigation in north Charlotte, police said Saturday. Officers responded to calls regarding gunshots around 6 a.m. Friday morning near 7900 Philadelphia Court in a residential community, not far from Northlake Mall. Eaton was found suffering from gunshot wounds and was transported to the hospital where he was pronounced dead. There is no motive or mention of an arrest and this remains an active investigation. PHOTO credit: Queen City News