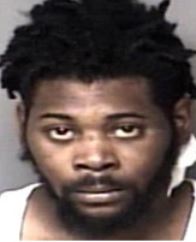 A man who was shot by two Mount Holly police officers on Friday has been released from the hospital and arrested. Omar Jordan, 29, has been charged with assault with a deadly weapon/inflicting serious injury, two counts of assault with a deadly weapon with intent to kill and a count of injury to personal property. Around 3:30pm on Friday, officers were called about a suspicious vehicle parked at apartments on Maple Circle. The driver, Jordan was speaking with officers when he began to shift the car in reverse and hit two officers with the vehicle. Officer J. Griffin and Officer L. Ruocco fired their weapons and struck Jordan. As a part of standard protocol, both officers were placed on administrative duty and will remain on it during the criminal and administrative investigations.