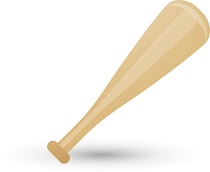 Police in Salisbury arrested a man accused of stealing a baseball bat from Walmart and then swinging the bat at children and other people inside the store. According to reports, police were called to the Walmart on S. Arlington St. on Saturday afternoon at 4:45 p.m. They encountered Justin Gray Morgan, 35. Morgan confronted the police and then complied with their command to put the bat on the ground. Morgan was taken into custody charged with larceny and second-degree trespassing. Morgan had been previously banned from the Walmart. Two charges of assault on a government official were added after Morgan’s arrest for an incident at the Rowan County Detention Center. Bond was set at $11,500. Morgan has a first appearance in court set for June 27.