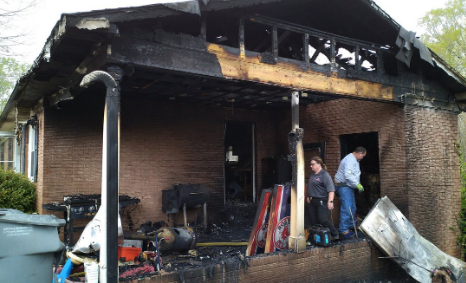 WBTV is reporting that four people were displaced and two cats died as the result of a house fire in Rowan County on Saturday afternoon. Firefighters from the Bostian Heights Fire Department were called to the 200 block of Kings Terrace off Mount Hope Church Road just after 5:00 pm. The Greater Carolinas Chapter of the American Red Cross helped four people who were displaced. The cause of the fire is under investigation. *PHOTO credit: American Red Cross.