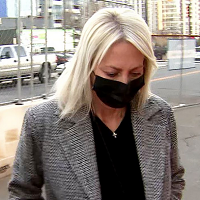 WSOC TV is reporting that the former CEO of a company in Hickory who is accused of stealing more than $15 million was sentenced to eight years in prison Thursday. Donna Steele pleaded guilty earlier this year to a wire fraud embezzlement scheme that involved Tigra, a company based out of Hickory. Steele appeared in front of a federal judge in Charlotte to learn her sentencing. Prosecutors originally asked for 70-87 months of prison time.