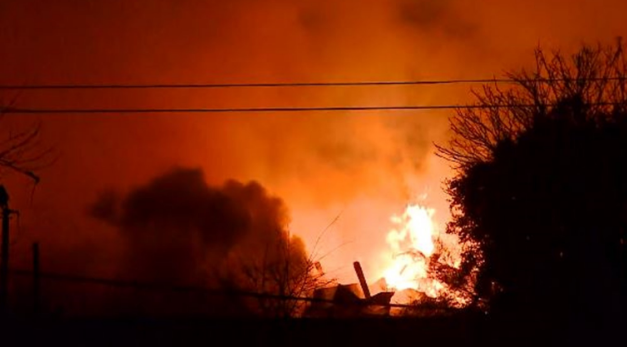 An uncontrolled fire raging at the Winston Weaver Company fertilizer plant on the north side of Winston-Salem, forced the evacuations of thousands of people as firefighters warned residents within a 1 mile radius early this morning that chemicals at the site could cause a large explosion. An investigation is underway. Authorities drove through neighborhoods and knocked on doors asking residents to leave within a one-mile radius (1.6 km) of  where the fire started Monday night. No injuries were reported.