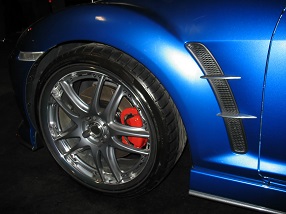 CMPD officers responded to a call last night that drivers were drag racing along Central Avenue near North Sharon Amity Road. While officers were there, they say someone fired shots across the street from them, then several cars took off. That’s when officers said they spotted a man who’d been shot; Medic pronounced him dead. Police haven’t released the victim’s name and no arrests have been made at this time. Anyone with any information on this case is asked to call Crime Stoppers at (704) 334-1600.