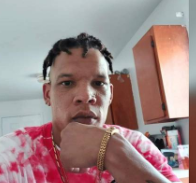 WBTV is reporting that police have arrested three teenagers wanted in connection with a deadly shooting at a Hickory apartment complex Monday. According to the Hickory Police Department, officers have taken three 16-year-olds into custody. Their names were not released. Investigators continue to search for a 15-year-old wanted in the murder of 35-year-old Shonniel Blackburn. Blackburn was found shot to death at Blue Ridge Heights Apartments around 12:30 p.m. Monday. Juvenile petitions for murder have been issued for the four teenage suspects. Anyone with information is asked to contact the Hickory Police Department at (828) 328-5551 or contact Investigator Cadyn Laffon at claffon@hickorync.gov.