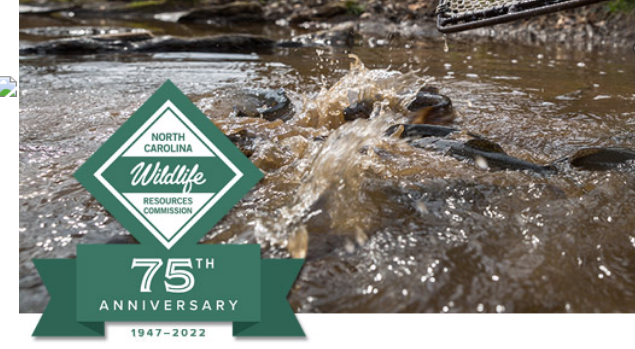 N.C. Wildlife Resources Commission’s Executive Director Cameron Ingram announced yesterday that he has invoked Emergency Powers to activate a localized response plan to assist with the detection and isolation of Chronic Wasting Disease (CWD) in Yadkin and Surry counties and surrounding areas. The decision was made in consultation with Gov. Roy Cooper and State Veterinarian Dr. Michael Martin.

CWD is a fatal, transmissible spongiform encephalopathy, caused by abnormal prions, that affect white-tailed deer and other cervids.  On March 31, the agency announced the state’s first identified and confirmed positive case of CWD in a hunter-harvested white-tailed deer in Yadkin County.

The Wildlife Commission held an out-of-cycle business meeting on April 7 to discuss the agency’s next steps regarding the CWD positive detection. The outcome was to enact Emergency Powers that include the following:

2) Suspension and prohibition of rehabilitation of white-tailed deer fawns within and from the Surveillance Areas.

3) Prohibition of transportation of white-tailed deer, dead or alive, out of the Surveillance Areas except for carcass parts that conform to 15A NCAC 10B .0124, or as otherwise permitted by the Wildlife Commission.

5) Prohibition of placement of bait, food, food products, mineral or salt licks to purposefully congregate wildlife from Jan. 2 – Aug. 31 inside of the Surveillance Areas, except for bird feeders, hunting during the urban archery season in participating municipalities and other activities specifically permitted by the Wildlife Commission.

The Wildlife Commission will begin temporary rulemaking on these items at its April 14 business meeting.

A KNOW CWD public forum will be held in District 7 the first week of May. The forum will be an opportunity for the community to learn more about CWD and ask questions about the disease and North Carolina’s response.

The Wildlife Commission will also adopt temporary rules for the affected area and will host a public hearing the second week of May.

“It was imperative that we worked quickly to enact Emergency Powers once CWD was detected in North Carolina, but we wanted to take the time to determine the best approach,” said Director Ingram. “We are confident in our plan and look forward to working with hunters, cooperators, and partners to help slow the spread of this terrible disease while preserving our deer herd and deer hunting tradition.”

For more information about CWD, including the public forum and hearing dates and locations as they are confirmed, and answers to frequently asked questions, visit ncwildlife.org/CWD. Get to KNOW CWD through this 5-minute video released by the Wildlife Commission.