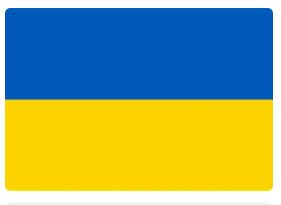 About 400 people turned out yesterday afternoon at North Carolina’s state capital in Raleigh for a rally in support of Ukraine. Many of the attendees had the Ukrainian flag draped around themselves. Some held signs calling for a no-fly zone over the eastern European nation. Perhaps the saddest thing was the line of baby strollers along East Morgan Street symbolizing the over 100 children the Russian army has killed since the invasion began.