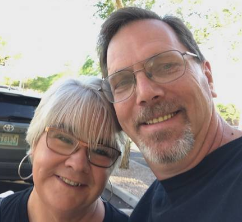 According to troopers from the North Carolina State Highway Patrol, on Wednesday, Jan. 19th,  Stanley Gumm Jr., a truck driver, had pulled over along the shoulder of the road because his tractor-trailer had broken down. As he was about to get back in his truck alongside Highway 74 in Union County, he was hit and killed by Daniel Ray Thompson, who was traveling in a Toyota Camry. Thompson was charged with death by vehicle and DUI.