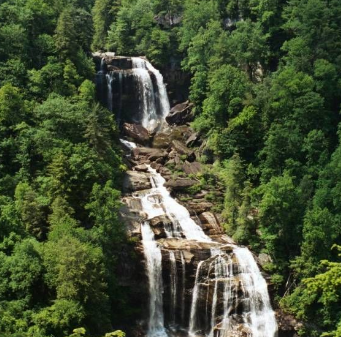 A 3-year-old Jackson County child has died after falling down Whitewater Falls last night, according to the Jackson County Sheriff’s Office. Deputies said they received reports at 5:50 pm that the child, who was visiting with her family, had been swept away in the water at the top of the falls and had been carried by the current. Just before dark, the little girl was found dead and entrapped in an area of the waterfall. Her body was recovered around 1 am Monday.