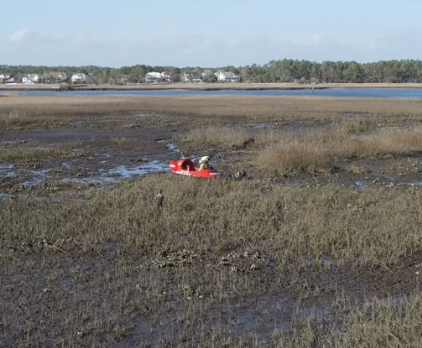 A “deadly situation” played out on Oak Island, near Wilmington, yesterday, when a trio of kayakers found themselves sinking in a seemingly bottomless pit of mud as high tide was approaching. An Oak Island Water Rescue hovercraft was guided to the site by drone and confirmed three people were stranded, with “two being stuck in the mud chest high.” The three people were rescued. Their identities were not released.