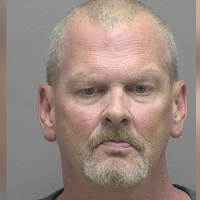 WSOC TV is reporting that a Taylorsville man has been charged with a felony after posting a person’s private image to social media, according to the Lincoln County Sherriff’s Office. Richard Eric Speagle was charged with felony posting on social media on Wednesday. The victim stated she  only shared the image with Speagle and no one has had access to the  image.Speagle was taken before a Lincoln County magistrate and placed under a  $5,000 unsecured bond. He appeared in court for the first time on  Friday.

Deputies received a report in October from the victim that their private  image had been posted publicly on social media.  The sheriff’s office interviewed Speagle, where he admitted to posting the image using fake social media accounts.