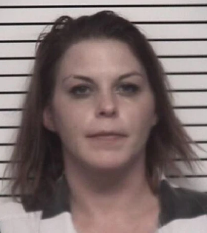 A 27-year-old woman is facing multiple charges after deputies found heroin, meth and several other illegal drugs during a traffic stop near Statesville last week, according to the Iredell County Sheriff’s Office. A sheriff’s K9 indicated that there were illegal drugs in the vehicle. Deputies said they searched the Jeep and found heroin, methamphetamine, doses of Diazepam and Alprazolam, and other items of drug paraphernalia. The driver, Brandy Black, was arrested on scene and given multiple drug charges.