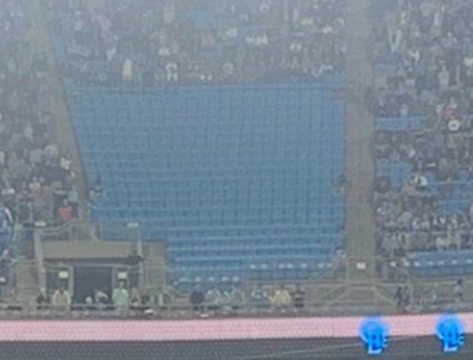 WBTV is reporting a partial section of fans had to change seats Saturday night during Charlotte FC’s first-ever home game at Bank of America Stadium due to a cellular antenna slip. A team spokesperson confirmed that 20 rows of Section 520 at the stadium were cleared out as an “abundance of caution” after the cellular antenna slipped from its mount. There were no injuries and fans in those rows were relocated.