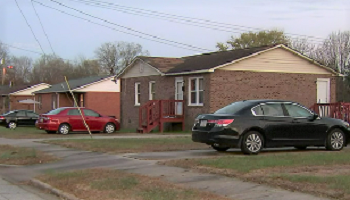 WSOC TV is reporting that two people in ski masks broke into a home in Salisbury and forced 14 people, who were celebrating a birthday, to remain inside during a brazen theft early Saturday morning, according to the Salisbury Police Department. The burglary happened after 1am Saturday, when several people inside a house on Shaver Street heard noises at the front door before the two people kicked the door in. Police say the suspects were wearing ski masks, jeans and jackets and at least one of them had a gun. The burglars are still on the loose, according to Salisbury police.