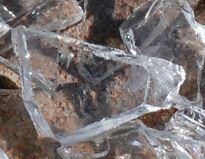 WBTV is reporting that an inmate in the Rowan County Detention Center is facing new charges after he attempted to assault a deputy with a chard of glass in a cell. Dalton Cain Barnes, 18, was charged last week with assault with a deadly weapon on a government official at the Rowan County Detention Center. Barnes was previously arrested on charges of first-degree burglary, possessing burglary tools and attempted larceny. He was given a $45,000 bond.