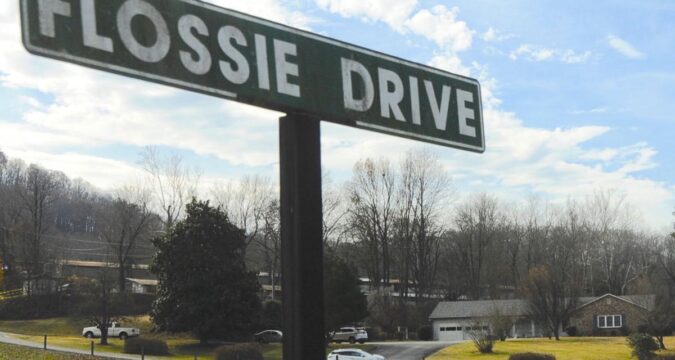 Photo and story courtesy of JournalPatriot.com

The first half of an auction of the personal property of a widely known Wilkes County native daughter drew hundreds of people from across North Carolina and several other states.

It was Saturday at the Somers Road home of the late Flossie Clark Johnson, often referred to as the “First Lady of NASCAR.” The second half of the auction is from 10 a.m. to 4 p.m. this coming Saturday at the same location.

NASCAR Hall of Famer and Wilkes native Junior Johnson lived there also before he and Flossie Johnson were divorced in the early 1990s. She was 90 when she died in April 2020, about four months after he died at age 88.

Flossie Johnson’s hospitality and the down home-style meals she prepared and served to racing team members and many others at the wood frame and brick ranch home approach legendary status. Her kitchen utensils are among items on the auction block.

Vestal said a two-day auction was scheduled because of the volume of racing memorabilia, furniture and household items. The second day is this Saturday, with the same hours as the first (10 a.m. to 4 p.m.)

He said contents of the first floor were sold this past Saturday, while the upcoming auction is for items on the second floor. Antique furniture will be included in the auction this Saturday.

Bidders at the first auction included collectors like Brent Smith of Greensboro. Smith paid $1,900 for three of Flossie Johnson’s scrapbooks with newspaper clippings of Junior Johnson’s races, his driver credentials and other items. He said the great value of the scrapbooks was the history they told.

Smith also paid $4,900 for a firesuit (race suit) worn by Johnson at a race in Daytona, with his name on the chest.

Some other bidders, like Casey Baker of Welcome (in Davidson County) planned to re-sell what they bought. Baker said his business, AC Merch, sells racing memorabilia “and a little of everything else legal.”

A large number of Wilkes residents attended the auction, with some bidding and others only wanting to see what was put up for sale.

The wide range of items sold included two original March 1965 issues of Esquire magazine with Tom Wolfe’s essay, “The Last American Hero Is Junior Johnson. Yes!” One issue sold for $225 and the other for $75.

Wolfe wrote the article after he attended a NASCAR race at the North Wilkesboro Speedway and saw Johnson win the pole and the race. It is credited with greatly increasing awareness of NASCAR and stock car racing nationwide.

Wolfe said what impressed him the most was the great respect spectators showed for Johnson. He also was struck by the traffic jams created with 17,000 spectators headed toward the speedway.

Other vintage items sold Saturday included a metal kerosene jug with a wooden jacket, which was used to haul moonshine. Numerous Christmas items, art prints, figurines and more were sold.

Some observers viewed the auction with sadness, while others said it was appropriate to share contents of the house with people who could appreciate them the most — racing fans.

Also for sale, but not by auction, are the three-bedroom home (built in 1964) where the auctions are being held; race shops behind the home where six NASCAR championship teams were based (with drivers Cale Yarborough and Darrell Waltrip); newer shops across Little Hunting Creek); and 11.6-acres of pasture across Somers Road with a helicopter pad.

Showings inside the house and newer shops are planned after Jan. 1.