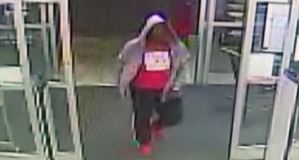 Police are requesting assistance in identifying two robbery suspects accused of robbing Dunham’s Sports at Blowing Rock Road in Lenoir on Sunday night around 7. Lenoir Police say the two suspects entered the store and began filling a duffle bag with various items they were attempting to steal from the location. Two store employees attempted to detain the suspects before they were pepper-sprayed and the suspects fled the store on foot. The employees were treated for the exposure to the pepper spray. Anyone with information about the incident is asked to call Caldwell County Crime Stoppers at 828-758-8300.