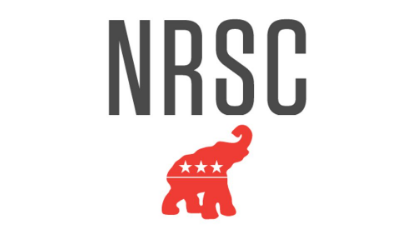 Yesterday, the National Republican Senatorial Committee and the North Carolina Republican Party announced “Operación ¡Vamos!”, a seven-figure investment in Hispanic field and communications program that will enable the NRSC and the NCGOP to share the Republican message with voters in North Carolina for the midterm election.

Chairman Rick Scott has been focused on the importance of the Hispanic vote since he took over the committee in 2021. Last spring, the NRSC released the Hispanic Battleground Survey which found that Hispanic voters largely reject the pillars of the Democrats’ agenda heading into the midterm elections, including wasteful spending, open borders, and banning voter ID requirements. A year later, and the Democrats appear to be in denial about their losses among Hispanic voters. Each day that we get closer to the 2022 midterm election, support for Democrats diminishes. It seems like they can’t figure out why, but they simply need to look in the mirror to find the answer. Operación ¡Vamos! will focus on sharing the GOP’s opportunity agenda for hardworking families across the state of North Carolina and help Republicans take back the majority this November.

Statement from NRSC Chairman Rick Scott: “Democrats seem confused as Hispanic Americans move away from their party in droves. But for these voters, the choice couldn’t be more clear. Hispanics are disgusted with the Democrats’ radical agenda of open borders, defunding the police, and out of control government spending that has skyrocketing inflation. Their communities have always valued what Republicans value: free enterprise, individual liberties, a secure border, and smaller government. In order to win back the majority, we have to fight for every vote and just like I’ve done in Florida. I am proud that for the first time, the NRSC is investing in a massive operation that is solely dedicated to winning the Hispanic vote in our key battleground states so we can retake the majority in November.”

Statement from NCGOP Chairman Michael Whatley: “The Republican Party continues to make huge gains within the Hispanic community here in North Carolina. While the Democrats only show up at the last moment to harvest votes, Republicans have made it clear we’re serious about the issues most pressing to families across North Carolina. The economy, school choice, having a safe community – these are shared fundamental values we embrace as Republicans. Democrats care more about their radical agenda, which is leaving working-class families behind and the results speak for themselves.”