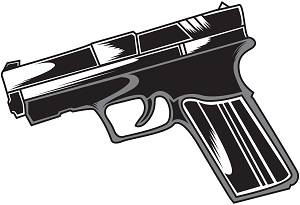 Deputies in Nash County, North Carolina, were somewhat surprised to say the least when they discovered a gun smuggled inside an inmate’s “body cavity” as he was being processed for intake. It’s not the first time this type of thing has happened, either. Another case from a decade ago in Onslow County involved a murder suspect, who also tried to smuggle a 10-inch revolver in his body cavity.