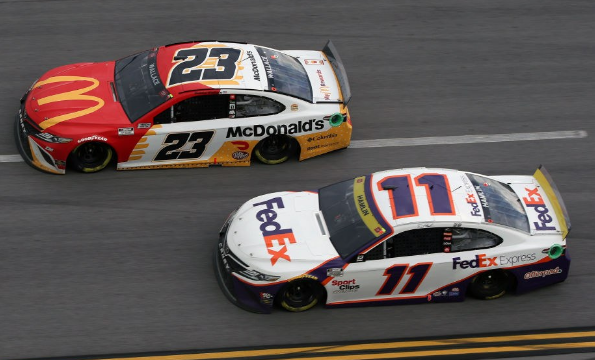 Yesterday, the NASCAR Hall of Fame publicly unveiled Bubba Wallace’s 23XI Racing No. 23 Toyota Camry, which he drove to his first premier series victory in the YellaWood 500 at Talladega Superspeedway on Oct. 4, 2021. Wallace’s YellaWood 500 victory also made history for both his team and NASCAR as a whole. It marked the first premier series win by a Black driver since Wendell Scott in 1963.