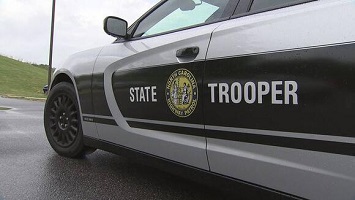 WSOC TV is reporting that North Carolina Highway Patrol says a man from Virginia is facing a criminal charge after a crash on Interstate 77 in Mooresville left one person dead and two others hurt Monday evening. The crash happened around 6pm in the southbound lanes of I-77. Highway Patrol says Oleg Polishchuk of Harrisonburg, Virginia, was going south in a tractor-trailer when he crashed into a Ford Focus that was stopped in the right lane because of traffic. Authorities say a passenger in the Ford, 66-year-old Patrick Calhoun Mays of Davidson, was killed in the crash. Two people in the Ford were hurt and taken to a hospital in Charlotte. Their conditions weren’t given on Tuesday. According to Highway Patrol, Polishchuk was arrested and charged with misdemeanor death by a vehicle and failure to reduce speed.