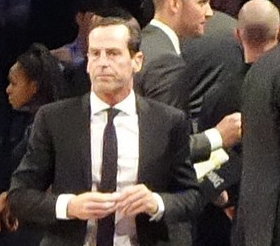 Kenny Atkinson has decided he will not become the next Charlotte Hornets’ head coach, according to CSL’s Will Kunkel. The Hornets and Atkinson had initially agreed to terms on a four-year contract. Atkinson would have replaced former head coach James Borrego, who Hornets owner Michael Jordan fired on April 22. Instead, Atkinson will stay with the Golden State Warriors as their top assistant coach.