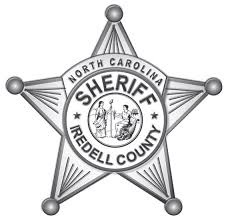 Sheriff Darren Campbell stated: On Monday, August 30, 2021, the Iredell County Sheriff’s Office Special Victims Unit received informationthrough a cyber-tip from the North Carolina State Bureau of Investigationregarding a person in Iredell County being in possession of Child Pornography. The case was assigned to Detective Jena Wabel of the Special Victims Unit for a follow up investigation.

Detective Wabel reviewed, and verified the information as well as theimages received, and determined the images were indeed child pornography. Based on information related to the images, Detective Wabel obtained a search warrant for the suspect’s residence in Statesville.

Iredell County Sheriff’s Office Detectives, and Road Patrol Deputiesexecuted the search warrant on Tuesday, August 31, 2021. During the search of the residence, Detectives seized several electronic devices and other items of evidence from inside the residence. The suspect, Tony Ernest Bunton was located at the residence.

Based on the cyber-tip information, the evidence recovered, and statements made by the suspect, Tony Ernest Bunton was taken into custody at the scene.

Bunton was taken to the Iredell County Detention Center where he was charged with: Four Counts of Felony Third Degree Sexual Exploitation of a Minor. He appeared before Magistrate P. Tutterrow who issued a 100,000.00 dollar secure bond on these charges.

The investigation is still on going at this time, and additional charges are anticipated.