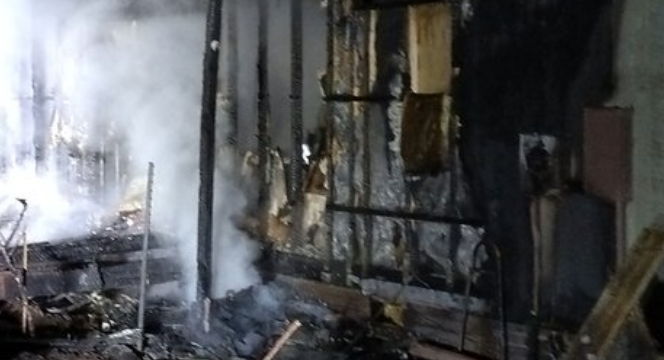 WBTV is reporting that in Rowan County, a family of four was displaced after a house fire this morning. Fire officials report that the fire was reported just before 4:30 a.m. on Crestwood Lane off Saw Road. Firefighters said there was heavy smoke and flames coming from the home on their arrival. The American Red Cross is helping the four who have been displaced by the fire. The cause of the fire is under investigation. *PHOTO courtesy of WBTV.