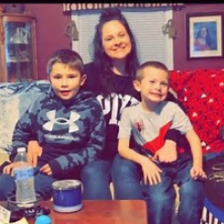 A Greensboro woman was killed Wednesday night in a rollover wreck after she was thrown from a car that was carrying her two children, the N.C. State Highway Patrol said. The Greensboro News & Record reported Christina Marie Durham, 30, of Greensboro, was killed when her car ran off a local street, hit a ditch and overturned, the patrol said. Durham was not wearing a seatbelt, was thrown from the car and died at the scene, the patrol said in a news release. Durham’s children suffered minor injuries and were treated and released at a local hospital, a patrol spokesperson said. The children were wearing seatbelts at the time of the crash. Road conditions resulting from recent winter weather in the area may have contributed to the accident, troopers said, adding that the accident is still under investigation.