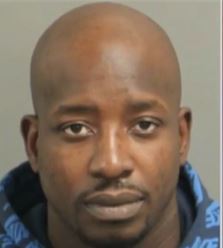 WRAL in Raleigh is reporting that a fugitive accused of trying to kill and kidnap his ex-girlfriend outside a Knightdale urgent care center last month has been arrested and charged with several felonies, including attempted murder. After a two-week manhunt, 39-year-old Christian Samuel Felix was arrested at a home on Albemarle Avenue in Rocky Mount, according to Knightdale police. Rocky Mount Police said Felix was taken into custody without incident.