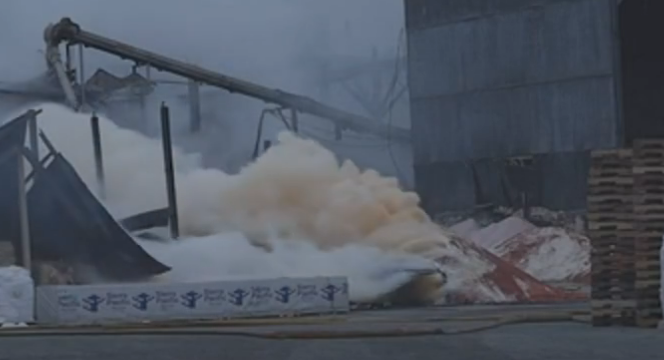 An uncontrolled fire at a fertilizer plant in Winston Salem continued to burn yesterday, forcing firefighters and thousands of evacuated residents to remain at least a mile away because there could be a large explosion. Fire officials said they could not predict when the blaze might die down. Winston-Salem Mayor Allen Joines said the city was maintaining its stance in calling the requests to leave the area “a recommended action.”