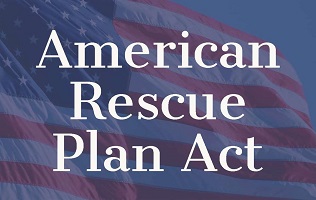 SUBMITTED BY CAROLINA PUBLIC PRESS (SHELBY HARRIS): Just before Biden inked the American Rescue Plan Act into law in March 2021, he said the purpose of the multitrillion-dollar pandemic recovery funding was to give “working people and middle-class folks — the people who built the country — a fighting chance.”

Roughly $232 million in ARPA funding touched down in Western North Carolina beginning in May 2021. More than 1 million people live in the region, which contains some of the most rural and hard-to-reach areas of the state — a combination that gives every federal dollar increased importance.

About 24% of the region’s ARPA funds went to city and town governments. The vast majority, about $177 million, or about 76%, has gone directly to the region’s 18 county governments so far.

Decisions about where to spend the money were left up to 92 county commissioners across the region who have collectively approved moving nearly 30% of the region’s total ARPA funds back into local governments’ operating budgets to fund things such as staff salaries, grant matches and administrative costs. Way to go, Joe!