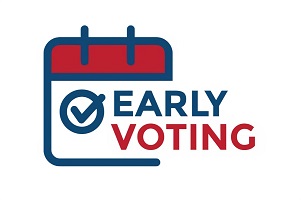 Early voting is underway in North Carolina for the 2022 primary election. From local city council races to the U.S. Senate, there are several key races that will determine who runs in November’s general election. The 2020 election saw record numbers for early voting. Michael Dickerson, the director of elections in Mecklenburg County, said he expects a relatively high turnout for early voters in the primary.