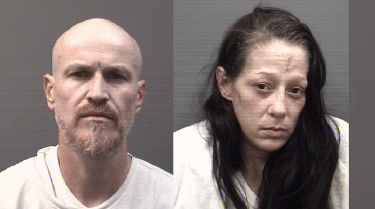 WBTV is reporting that two people have been arrested after authorities said they disposed of the body of a Salisbury man after his death from an overdose. The Rowan County Sheriff’s Office says the body of the 56-year-old man was discovered on File Road in the eastern part of the county on April 2. On April 12, authorities said they arrested 39-year-old Jonathan Paul Holshouser and 40-year-old Bobbi Jo Rowland and charged both with felony concealment of death after investigators determined they discarded the victim’s body in an attempt to prevent him from being found. Investigators believe the victim overdosed in his Salisbury home in the company of the suspects days before his body was found, according to the sheriff’s office. Photo credit: Rowan County Detention Center.