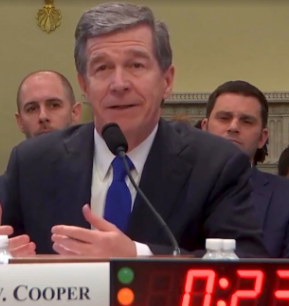 Roy Cooper plans to put more electric vehicles on the roads by 2030, but Republican Sens. Vicki Sawyer, Tom McInnis and Paul Newton say “not so fast!” They recently asked the governor to explain how he believes North Carolina will make up for a growing loss of revenue from the gas tax, to which he responded that he will leave that up to to Transportation Committee, of which Sawyer is Chair.