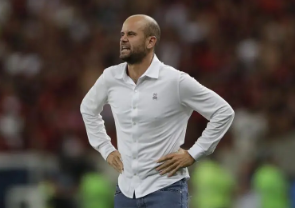 WBTV is reporting that the Charlotte FC announced this morning that Miguel Angel Ramirez was informed by sporting director Zoran Krneta and president Joe LaBlue that he will not continue as head coach of Charlotte FC. Assistant Coach Christian Lattanzio will serve as interim head coach for the remainder of the 2022 season, according to the team. Goalkeeper Coach Andy Quy will remain on staff. Assistant coach Mikel Antía, head fitness coach Cristobal Fuentes Nieto, and first team video analyst Luis Piedrahita will depart the club with Ramirez, a news release stated. Ramírez, who was announced as the Club’s first head coach on July 7, 2021, went 5-8-1 in 14 league games this season while also advancing to the Round of 16 in the U.S. Open Cup. Charlotte FC’s next game will be at home against the New York Red Bulls on June 11 at 3 p.m.