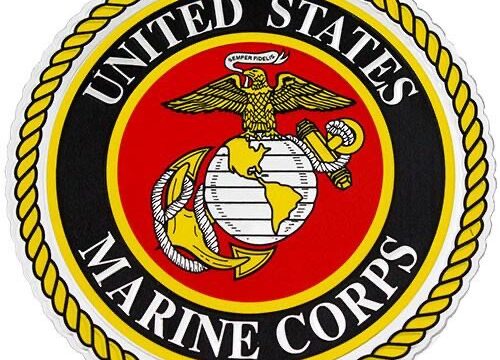 The U.S. evacuation of Afghanistan was a humiliating retreat, and America will suffer the consequences for years to come.  The amount of leadership failure with this debacle truly rises to the level of unbelievable.  Our brave young service members deserve better, our country deserves better, and the Afghans deserve better.  Most any cub scout den leader could have devised and executed a better plan.  Allow me to touch on just a few glaring examples of gross incompetence.

I will begin with our military’s desertion of Bagram Air Base under the cover of darkness, without telling their Afghan counterparts.  This was mystifying.  It is obvious this air base would have served as a much more secure and manageable place to evacuate civilians, equipment, and eventually troops.  Leaving in the dead of night as they did, with no coordination with the Afghan forces and our allies, sent a very clear message to the Afghans.  We are not only abandoning the air base; we are abandoning you.

Arming the Taliban with billions of dollars of the latest weapons, aircraft, vehicles and other warfighting equipment was simply inexcusable.  Thanks to the Biden Administration, the Taliban is now the best armed and equipped terrorist organization in the world.

Next, evacuating our military forces before evacuating American citizens and the above mention warfighting equipment is hard to understand.  Our military exist to protect this great nation and its citizens.  “To leave no man behind” is a creed not to be broken.  So how then could we leave US citizens, to include women and children, behind enemy lines?  This is not a rhetorical question, but one that demands specific answers from our administration and our department of defense.  In order to hold those in leadership accountable, and to restore some level confidence in these institutions, we need answers to these obvious questions.

The failure of this administration to look out for the interest of this country is alarming.  The negligent and humiliating evacuation from Afghanistan will not only allow various terrorist groups to plan and prepare for their next attack, but it also emboldens our adversaries (China, Russia, Iran, North Korea, and countless other terrorist groups) and leaves our allies to question our resolve to have their backs.

This disaster brings to light two main problems we must address, or the future of America is in serious jeopardy.  We need a Commander in Chief with the leadership (wisdom, decisiveness, and courage) to put America first.  This is not America at the exclusion of everyone else.  No.  When America is stronger, our allies around the world are safer and more secure.  Many of our allies may find it fashionable to complain about America, but they understand that their security is dependent on our strength and ability to protect them.  And when our Commander in Chief becomes submissive to the Taliban, the message is clear, American is weak and lacks the will to fight.  Leaving Afghanistan was not the problem, and we can have an honest debate about the strategic importance of that decision.  But the decision to abandon the Afghan forces in the dead of night, and leave billions of dollars in weapons and other warfighting equipment, and American citizens behind enemy lines, is cowardly and appalling.

Our Department of Defense must focus on their mission, to fight battles and win wars.  “Woke” Flag officers (generals & admirals) are currently far too distracted with divisive issues such as “white rage,” Critical Race Theory, and other destructive ideologies.  Our Flag officers are long on egos and short on war fighting skills.  For years, Generals Mattis and Petraeus, and dozens of others, were losing the Iraq war, until a retired 4-star general (Gen Jack Kean) developed a winning strategy.  Which basically was that we come out from our barricaded bases, stop high speed patrols by up armored vehicles, and live among the Iraqis, in order to develop relationships and foster a level of trust.  And so, as relationships were developed with the Iraqis, the course of the war dramatically changed for the better.  But with the war in Afghanistan, general after general has mislead us once again, just as they did with the situation in Vietnam (remember Gen Westmorland).  So yes, our entire Flag Officer corps, as well as our Commander in Chief, need to seriously reflect long and hard about how they have let down our country, our allies, and in this situation, the Afghan people.

My concern however is that the “powers to be” don’t want anything to do with such reflection.