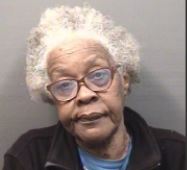 A woman was charged after deputies in Rowan County say she came after them with a crowbar. The incident happened just after 9am yesterday. According to the report, a Rowan County Sheriff’s deputy was attempting to serve eviction papers on Harriet Emmagean Cowan, 72. After knocking several times, the landlord was about to enter a side door when he was met by Cowan who was allegedly swinging a crowbar. The deputy ordered Cowan to drop the crowbar, but, according to the report, Cowan slammed the door shut.  The deputy opened the door again, and was met by Cowan still swinging the crowbar. The deputy called for help and waited on the porch for an additional deputy to arrive. Ms. Cowan now faces several charges, including assault.