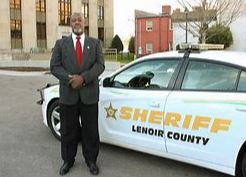 A man is facing charges after a child died in a fire at a mobile home, the Lenoir County Sheriff’s office said. William Howell is accused of being intoxicated when he turned on a kitchen stove to make food. Howell, the only adult in the home, then left the stove unattended, according to officials. “It is believed that Howells’ intoxication and negligence of leaving the stove on ultimately led to the death of the juvenile,” officials said after conducting an investigation into the fire that broke out on Nov. 21.