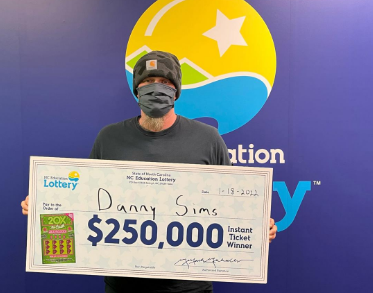 Danny Sims, 43, of Ellenboro, told North Carolina Education Lottery officials he bought a 20X The Cash scratch-off ticket from the Key Largo Food Mart in Mooresboro. Sims said he initially thought he had won $25, but soon realized he had scored a $250,000 jackpot. He plans to use some of his prize money to help pay off his stepfather’s house.