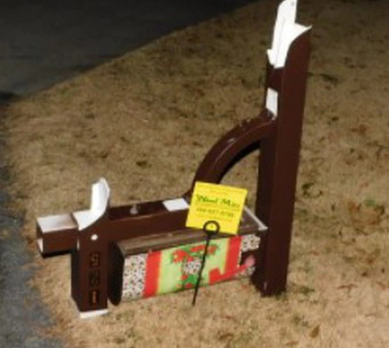 Three juveniles have been charged on juvenile petitions after 18 mailboxes were vandalized in the Anchor Downs neighborhood of Rowan County. Deputies received a tip that led them to the neighborhood, where they found the three juveniles with a bat in their vehicle. A neighbor told the deputies about the mailboxes and the juveniles were placed under arrest. *PHOTO courtesy of WBTV.